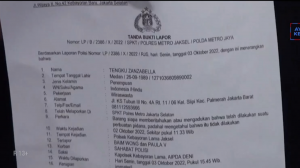 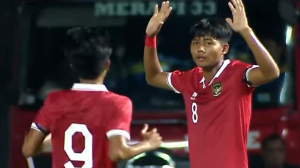 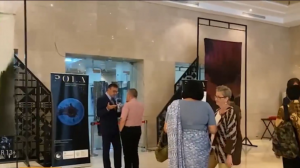 In a form of cultural acculturation with Indonesian textile pattern, their works also adopt batik which is recognized by UNESCO as the world's intangible cultural heritage from Indonesia.

The exhibition aims to introduce Polish culture to Indonesian visitors and to show the two countries' cultural acculturation and good ties. Public can see the exhibition from October 4th through 30th 2022. At Least 125 Killed in Stampede after Malang Football Match

The world expressed their condolences for the victims and their families from the stampede incidents that occurred in Malang, Indonesia's East Java on Saturday (1/10/2022) evening after a football match. The incidents kill at least 125 people and injured more than 300 people.

Some football clubs in Europe expressed their sympathy and condolences for what was happening after a match at Indonesia's Premiere League, Liga 1 between host city's club, Arema FC against Persebaya Surabaya that turned into brawls then a stampede event.

In Vatican during a Sunday mass, Pope Francis on prayed for the people of Florida and Cuba hit by Hurricane Ian and also for the lives lost in a stampede in Indonesia.

A minute of silence was observed before football matches around the world on Sunday (2/10/2022) in honor of victims of the disaster at a stadium in Indonesia. Top players, coaches, and leagues sent condolences and messages of support. 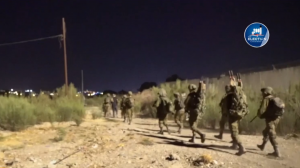 The Israeli Military shot and killed two Palestinians during a raid in the occupied West Bank early Monday (3/10/2022). The military said soldiers were attempting to arrest a suspect in the Jalazone refugee camp near the City of Ramallah when the two Palestinians allegedly attempted to run over soldiers with their car.

The soldiers then opened fire on the car and Israel says it follows strict rules of engagement and opens fire in life-threatening situations. The claim could not be independently verified. Meanwhile, Palestinians and rights groups often accuse Israeli troops of using excessive force against Palestinians who live under a 55-year military occupation with no end in sight.

The same statement was also expressed by the Palestinian civil affairs authority which coordinates on civilian issues with Israel saying the military shot and killed the two men. However, the identities of the two men were not immediately known.

Demonstrators in the west bank city of Ramallah decided to go on general strike on Monday (3/10/2022) to protest against Israel's killing of two Palestinians. Afterward, dozens of angry Palestinian protesters called on shop owners in Ramallah to close their stores to impose the general strike.

Israel has been carrying out nightly arrest raids in the west bank since the spring when a spate of Palestinian attacks against Israelis killed 19 people. Israel says its operations are aimed at dismantling militant infrastructure and preventing future attacks.